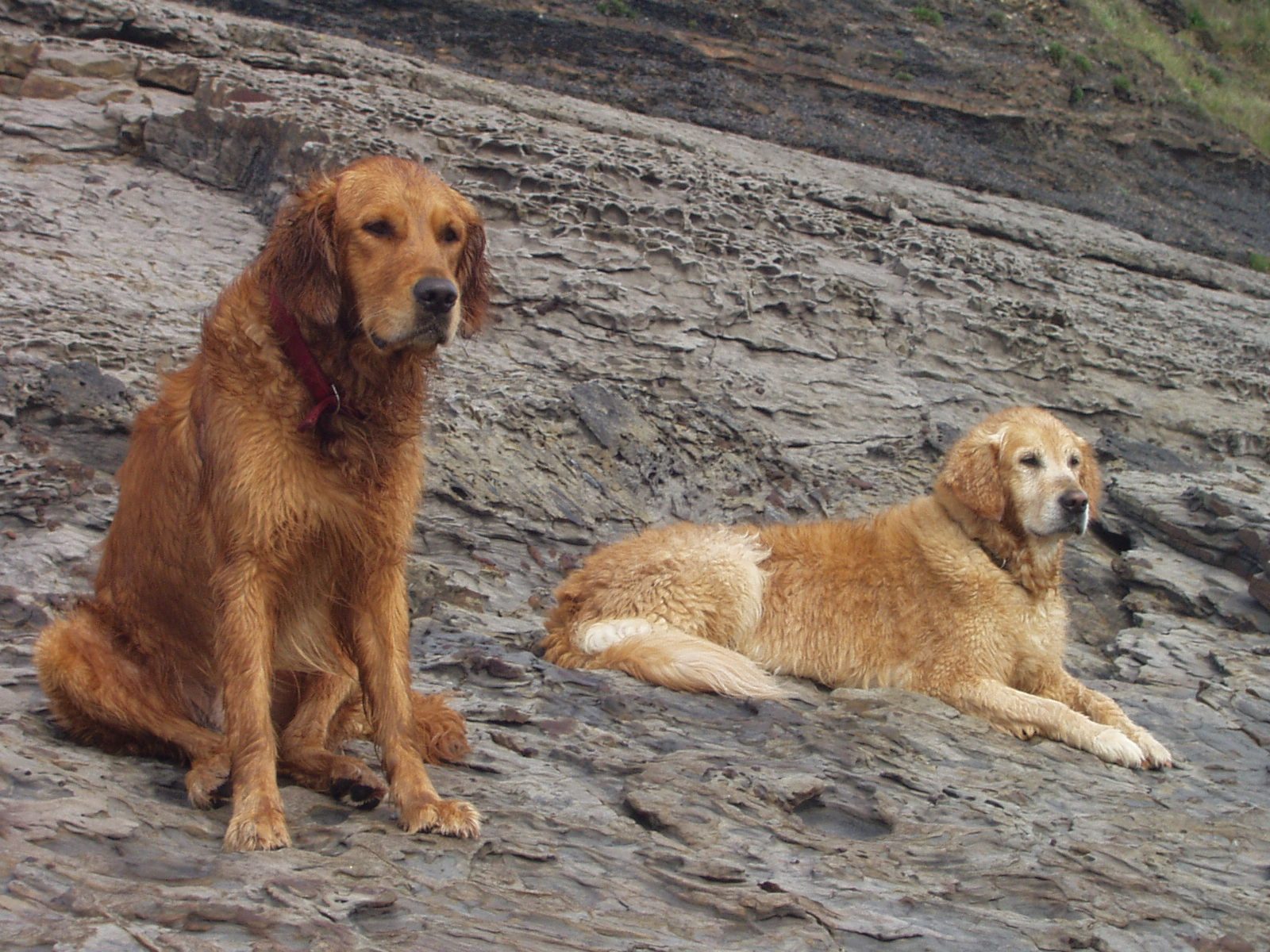 Sneaky and Jeeves were our two Golden Retrievers.

Sneaky was born on 2nd May 1996 and was given the pedigree name Thornygold Pervinca, of sire Kennelridge Goody Two Shoes and dam Kennelridge Marieka of Thornyegold.  The children decided that she was going to be a rather sneaky little puppy and so the name Sneaky was agreed, even though her sire was Goody Two Shoes.

Sneaky had a fabulously gentle temperament and that was the main reason for choosing her as Robert was only four years old when Sneaky arrived. However it took a few years before Sneaky acknowledged that Robert was higher up the animal pecking order than her.

Sneaky also proved to have excellent discipline and went on to become an Obedience Champion.

Sneaky died on 26th May 2011, aged 15. Her ashes are scattered in the garden, next to the swing seat under out oldest tree. 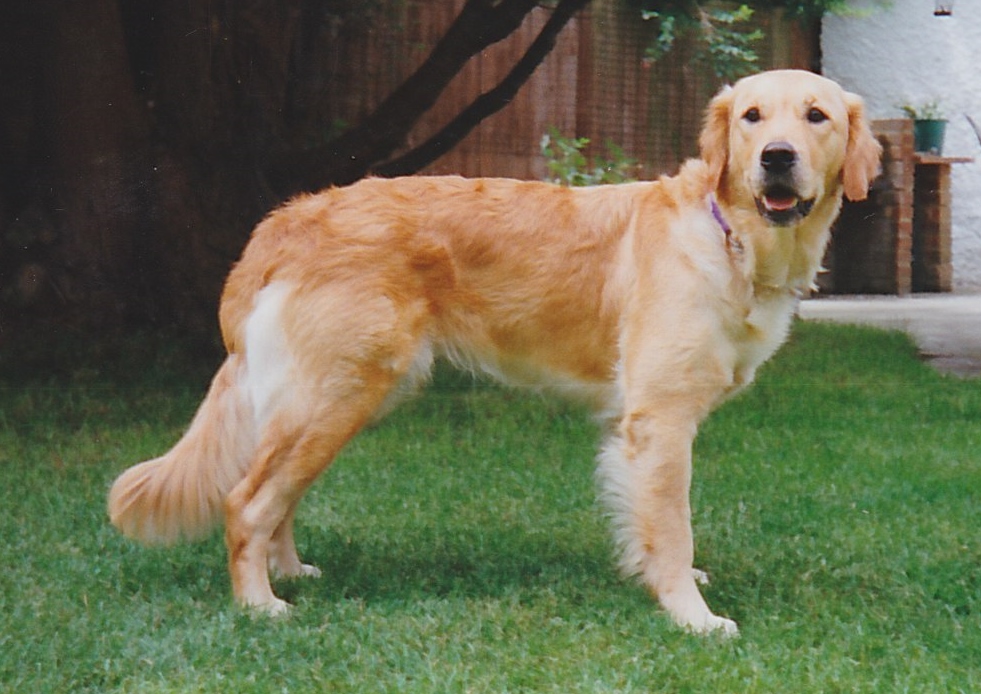 Four years after Sneaky arrived she was joined by Jeeves. Jeeves was born on 17th April 2000 and was given the pedigree name of Persanner Butler Henderson, sire Ben of Codicote and dam Kizimyjo Linette with Pepsanner. This time we all decided to use the pedigree name to help with the naming choice and so Jeeves The Butler was duly named.

Jeeves was much darker than Sneaky having a coat colour that was popular long ago.

Jeeves was also an Obedience Champion. He was much faster and stronger than Sneaky and we had become much more expert in dog training techniques. (Rather like bringing up children, experience counts.)

Jeeves died on 9th August 2012, aged 12. His ashes are also scattered in the garden, next to the swing seat under out oldest tree. 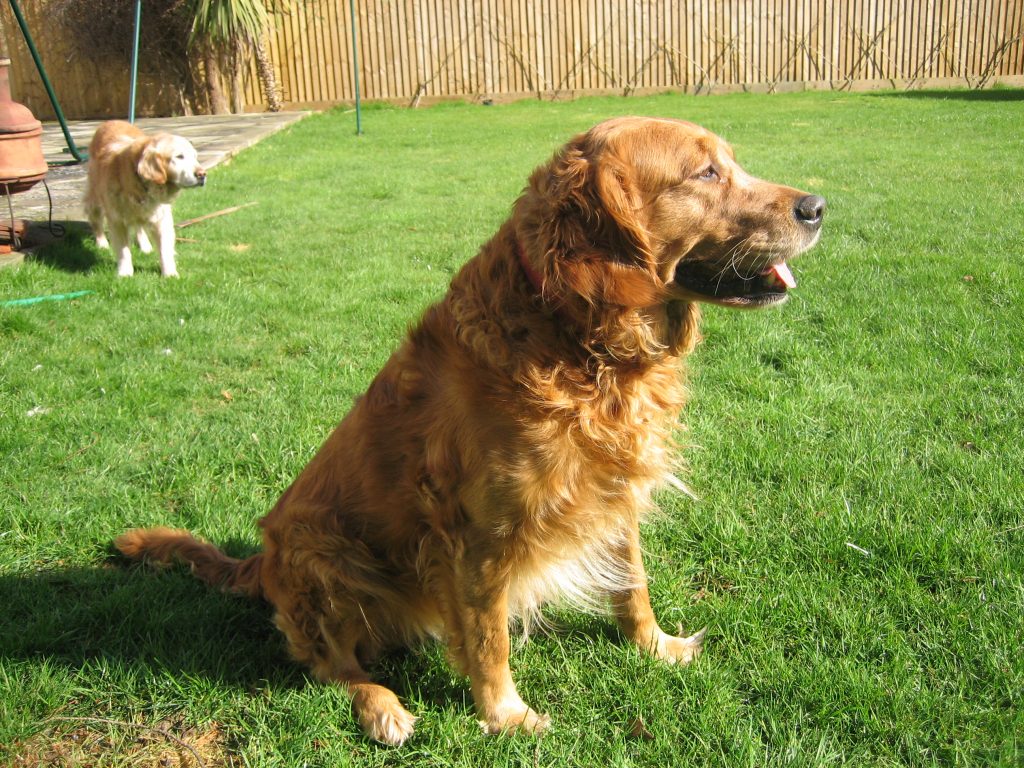 The canine cradle to grave photos for Sneaky and Jeeves.